That's a load of models!  In hopes of playing some Blackstone Fortress soon, and perhaps even completing some of the models, I decided to finally assemble the hostiles.  I built the Explorers many months ago, but never got around to the rest of the models.  Since then, two expansions have come out providing more hostiles (Dreaded Ambull, Traitor Command). So, on the workbench this month were the full set of existing hostiles...just in time for the Escalation expansion to be released.

First, I assembled the Dreaded Ambull and his little helpers.  This is a fun model, and as an old timer in the 40K Universe I look forward to painting it.  This model is simple nostalgia, if nothing else. 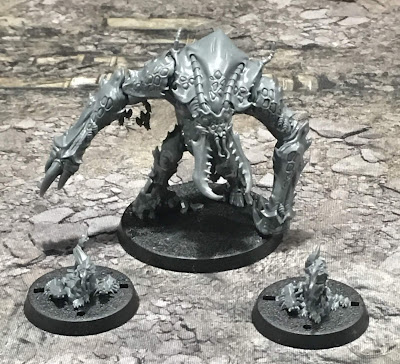 Next I turned to the Traitor command and built the Commissar and Ogryn. The Ogryn is really something else.  Very fun. The commissar is less exciting...seen one seen them all, and this traitor should be ashamed of himself! 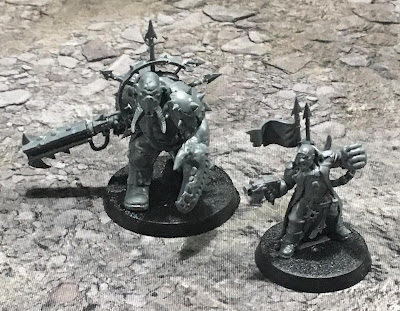 Next I built Obsidius Mallex, the chaos marines, and the rogue psykers. All suitably chaos-y! 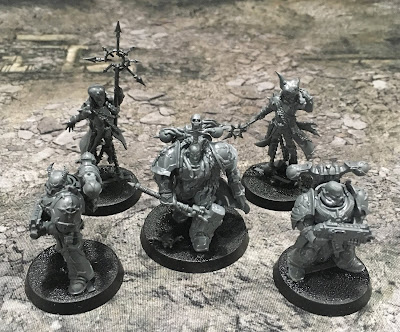 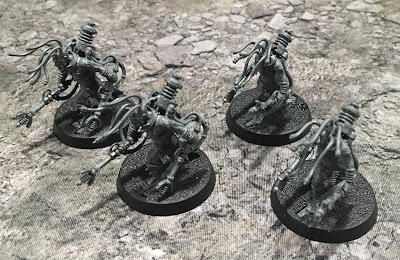 Then the Ur-Ghul.  Another blast from the past that was great to see in plastic. 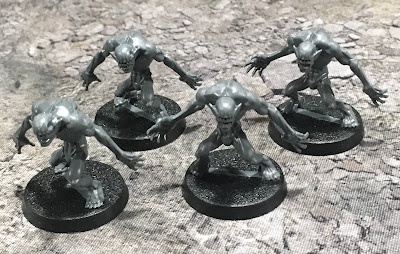 And what would the Blackstone Fortress be without Spindle Drones?! 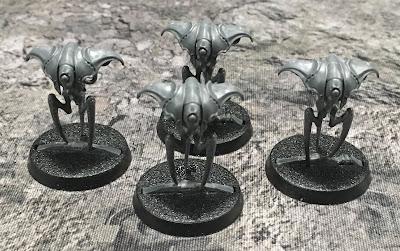 Then, last but not least, came the Chaos Beastmen. Not sure why we haven't seen more of these guys in the chaos model range before now. 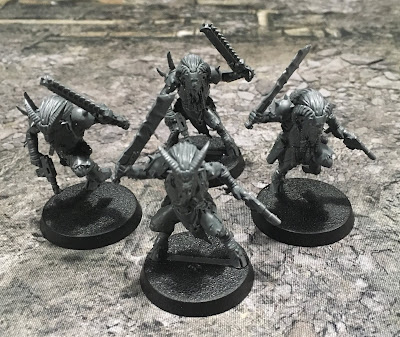 That is quite a set of models for a board game with several more arriving very soon in the Escalation box. I'll likely get a few Explorers painted and tackle the hostiles a few at a time by groups - mixed in with the various other projects planned for the season.  I'd feel very psyched to get these painted by the end of the season while maintaining progress on other projects.

Assembling these was a welcome respite from painting.  I recommend side projects like these when things get monotonous and inspiration for painting ebbs.

Now it's back to the Primaris to see what I can complete before DreadTober 2019 begins. How are your projects going?