I finished the second 10 man troop squad last night.  20 men down....a lot more to go! :)  I'll do the 2nd platoon command squad next to finish out the compulsory platoon size.  After that, I'm not sure...I may go into heavy weapons or I may try a vehicle or two.  I don't want to lose too much momentum on the foot troops!  It may be nice to do a veteran squad to explore the veteran markings for the army.  I'm on vacation soon, so I'll have some leisure to ponder my direction for the army painting. 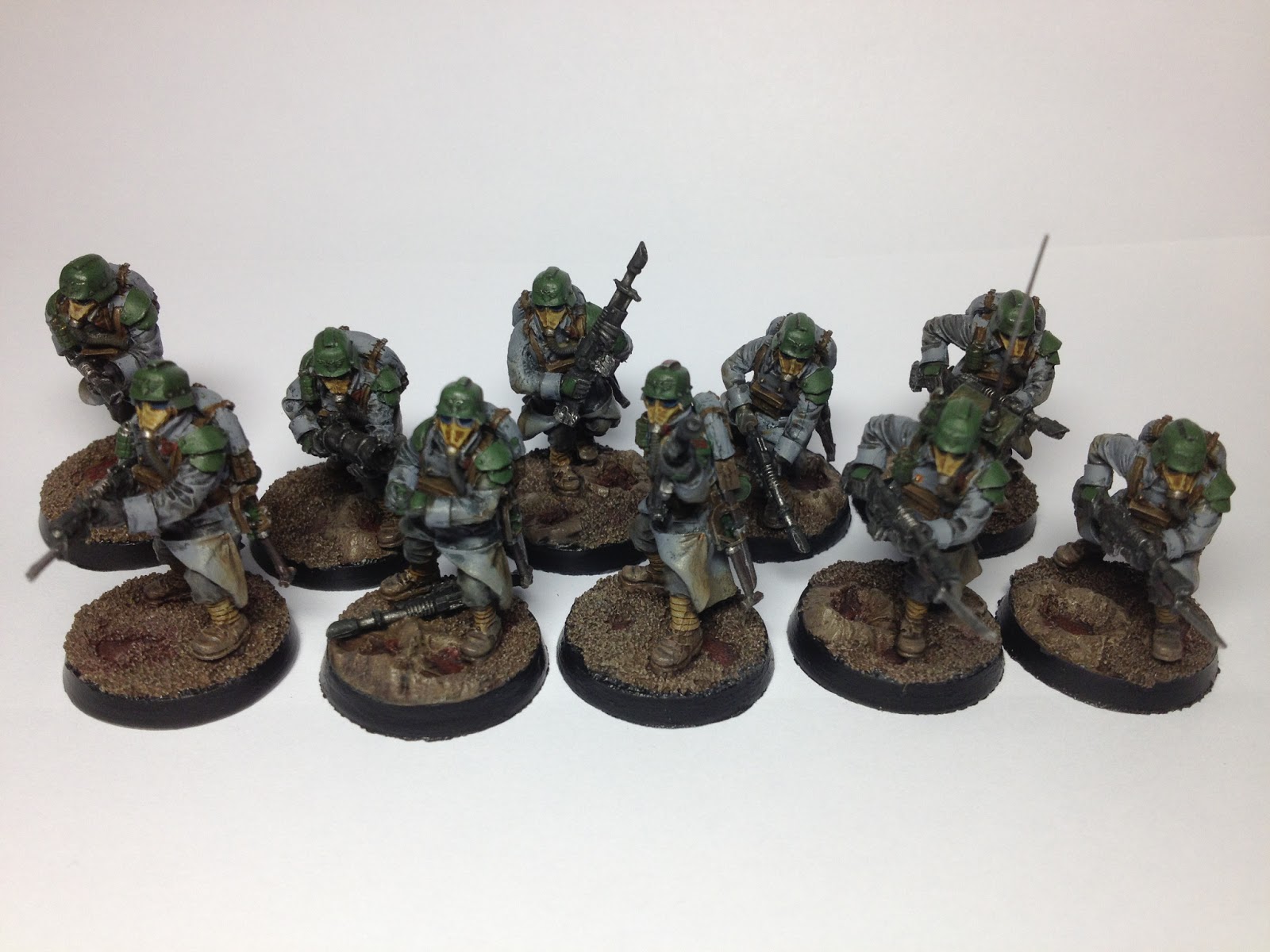 I didn't do a good job tracking time on this squad, but this squad definitely came within the same 4 session time frame.  I feel I was successful in saving some time, but I now wish I tracked that better.  I want to get to three sessions, rather than four.  It definitely feels good to finish 20 models in a month.  I finished my 2nd Dark Angels tactical squad before beginning on the Death Korp, and two squads of angels took me more than 6 months - and I've been playing Dark Angel's for over 10 years so it took that long just to get around to painting the tactical squads in the first place!The new momentum with DKoK feels awesome and I hope I can maintain it.

So enough about that, but 20 models in a month feels like amazing progress, from my perspective! :)

With this squad I managed a few extra details: the red triangles on the left collars, gun metal brushed on the Aquila symbols of the food canister at the bottom of the backpacks.  I'll go back over the 1st squad during another sessions and tidy these slight discrepancies so the platoon is consistent.

All-in-all a satisfying project.  I'm very pleased with the direction the troops have gone. Now to sort the Commissar and Command models, and finalize the scheme for armor and heavy weapons.