After a bit of a pause for the summer, I'm back to my DKoK project.  I updated my airbrush capabilities with a new compressor and air tank, and a new airbrush (Badger 105 Patriot).  To try out the new equipment, I began painting a Baneblade I built late last spring for the Death Korps.

Now, I've never played a game of 40K Apocalypse, but that's not a problem.  I can't resist tanks for the Death Korps!  Waiting in the wings, I have a Stormlord and a Macharius Vanquisher from Forgeworld.  These three super heavy tanks are the backbone of my 262nd Siege Regiment. All three will be modeled with typical Krieg accents.

Here's the first work in progress shots of the Baneblade.  It has been assembled (clearly), based black and given a simple camouflage pattern using Vallejo 71.056 Panzer Dk. Grey (Model Air) and Army Painter Uniform Grey.  Army Painter Dark Tone was sprayed uniformly over all to blend the camouflage colors and leave a grimier feel than fresh paint. 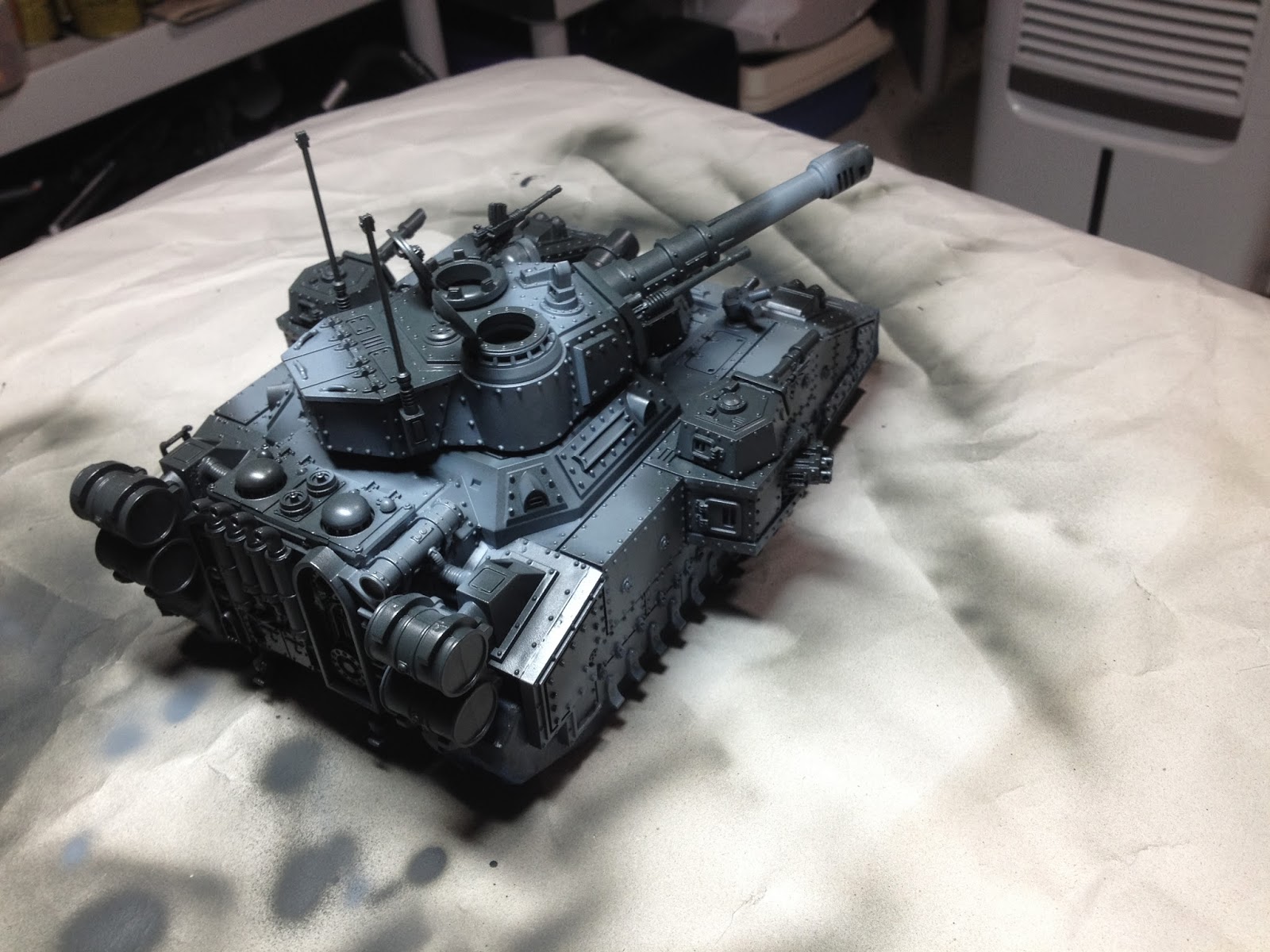 The Dark Tone leaves a bit of shine when air brushed.  That will disappear as I dry brush, and ultimately apply a flat coat for protection over the completed model. In fact, the next step will be an over all dry brush of the camouflage colors.  Then the tape will come off the tracks, which currently are base coated black.  Then the detailing and final weathering will happen.  This is a big vehicle and a great project for 40K!

You can see the Death Korps air filters added to the rear deck, along with the coaxial autocanon and the heavy stubber. These simple detail along with the final DKoK markings will go a long way towards identifying this Baneblade as belonging to the Korps.  The look will be completed by a Krieg gunner on the heavy stubber and a Krieg Commissar in the command copula. The figures are built and already magnetized for easy attachment to the tank once painted.  They will make their appearance in later pictures of the tank's progress, so stay tuned.

That's all for now.