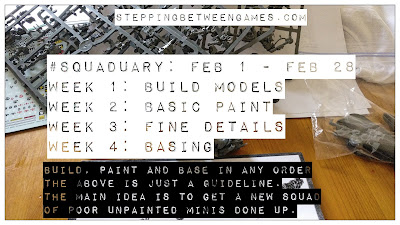 It's time for a Squaduary 2019 week three progress report.  This week I tidies up highlights, did a lot of work on transfers for squad markings and legion symbols, then brought both squads to DONE! 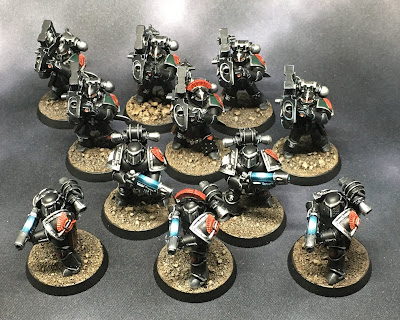 It started with the highlights...always the highlights...this time the Oily Steel needed a plain steel highlight to brighten and define the edges.  This provides a good highlight after Nuln Oil in my opinion for a simple silver metal look.  Then, I took to the decals.  I chose the same custom white horizontal double arrows for the tactical folks and the typical heavy icon also in white from the same custom transfer sheet I downloaded from bolter and chainsword to get the double arrows. 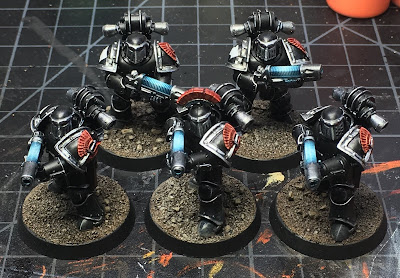 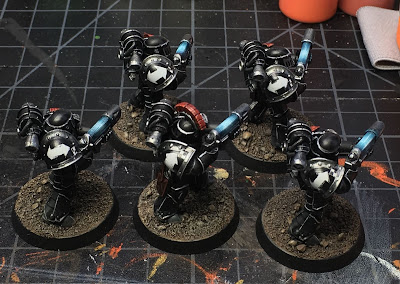 I had less than perfect results with the arrows, but no matter.  This gets cleaned up later.  This squad is also using a small black and white checker box for heraldry on their shoulder pads. A small nod to the checkers used by the other two tactical squads.  Below, you can see the heavy support icons laid down on the missile launcher marines. 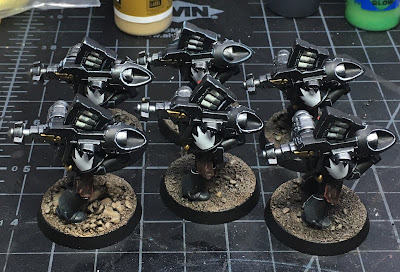 I decided to use a red skull as heraldry for the missile launcher squad.  This laid down nicely over the heavy support icon. I then put squad numbers on the right knees and a legion icon on the left knees where there was a place.  I left it off any knee pad that had studs all over it, obviously.  After several coats of micro-sol to get everything to lay down tight over the curves and dissolve some of the decal film, I painted a thin coat of GW Lahmium Medium over all the transfers to seal them in.

Then it was just some tidying up and a final heavy spray of Model Masters Lusterless Flat Coat over all to seal the hard work and provide a consistent finish to all the surfaces.  Here's some shots of the squads from the light box.  It was getting late and I didn't get the focus or white balance down very well, but the pics are usable. 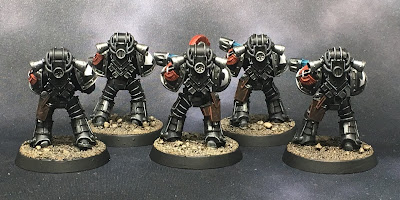 I really like the plasma squad in the mark III plate.  I hope the heavy plate keeps them alive long enough to lay the smack down on some traitors...at least until Horus Heresy moves to 8th edition rules for plasma.  Now on to the heavy support squad. 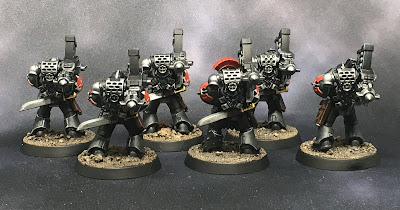 So with that, I'm calling this Squaduary 2019 project DONE.  And with a week left, I'm on to the bonus round where I'll either paint the HQ that got left out of my January challenge, or I'll complete the 10-man tactical squad that didn't' get finished in January either.  It'll probably be the tactical squad so I can call 31 HH marines done for two months effort.  That's a big time record for me.

I'm loving the other Squaduary 2019 projects going on and completed.  Best of luck with yours. 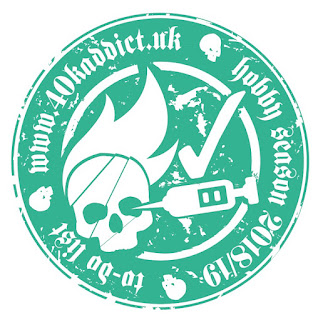