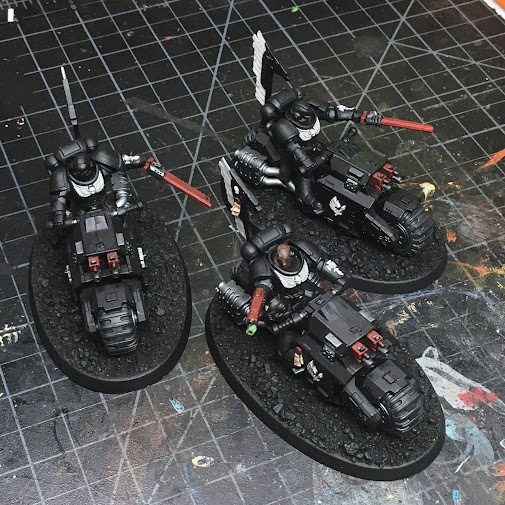 Greetings.  I made some progress on the Ravenwing Outriders.  Hopefully the codex won't disappoint me by preventing the Second Company form taking Outriders.  I spaced on build pictures, but the conversion here is trivial, and really not much of a conversion at all.  I simply added some extra Ravenwing bling from the bits box to the existing Outriders: classic fender banners and the Ravenwing company symbol. 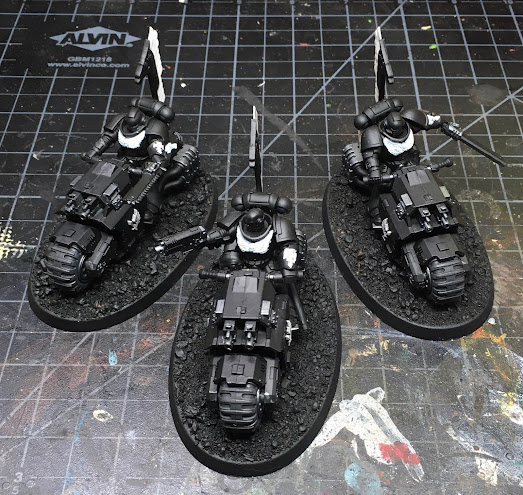 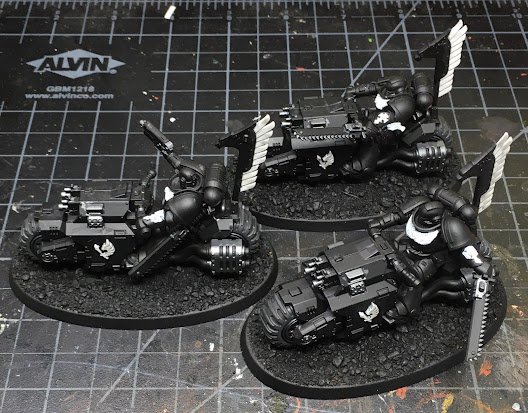 After some clean up, everything was shaded with more GW Nuln Oil, except the chest eagles, which were shaded with GW Agrax Earthshade. Next I got on painting the red weapon housing on the bikes and blades. Then the chrome exhausts were painted. 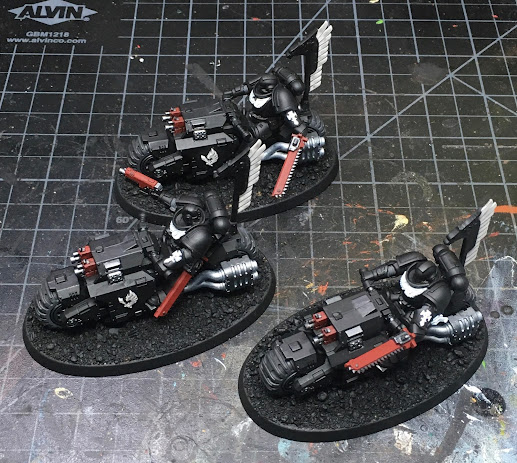 Next came the helmet eye lenses, belts pouches, and the Sergeant's head. Can't make out much except the head from the pic here though. I need to stop taking my pics at the end of a session when I'm headed to bed... 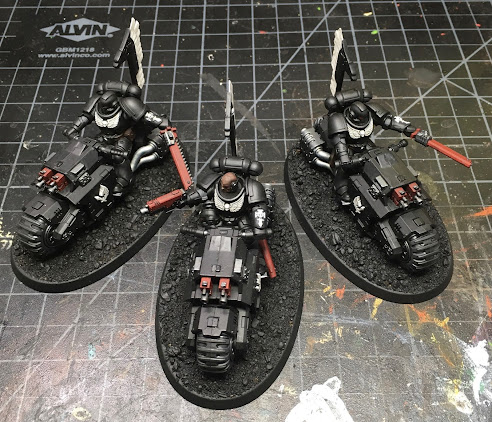 The purity seals came next.  Somewhere in there everything was shaded.  And then I worked in some edge highlights on the weapons before calling it for the night. 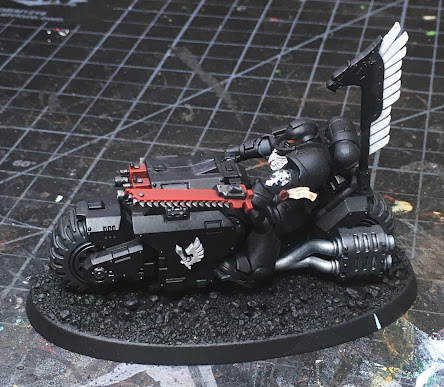 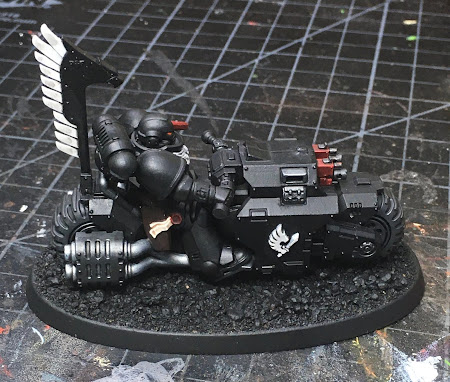 Lots of good progress so far.  I made a mess of the Sergeant's pistol while drilling out the barrel.  So it's a green stuff mess at the moment (as seen in the title pic above).  No worries though.  The repair is good and I doubt there will be any sign of the issue when I post next.
I've enjoyed painting these bikes quite a bit which surprises me.  Coming in, they were the models I was least looking forward to. I guess I've painted enough black marines and dreadnought armor that it's just what I do now. 😂
Probably only one post next week with the US Thanksgiving holiday, but we'll see. It is going to be a small intimate affair this year with just my wife and kids and no extended family.  We'll see about pulling in a zoom call or two.  What times are these, eh?
Stay safe out there.
Cheers and Happy gaming!