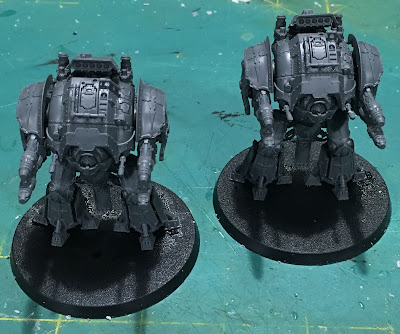 On the workbench today, I'm assembling a box of Acastus Knight Prophyrion models. You get two in the box and they are pretty straight forward to assemble. They come with a choice of launchers (or you can leave the carapace closed) and a choice of twin auto-cannon or twin lascannon. I went with twin lascannon, we're hunting titans after all, and the launcher with the large missiles. I couldn't figure out which missiles were intended for which option on the command terminal. Hopefully I won't regret the modeling choice. 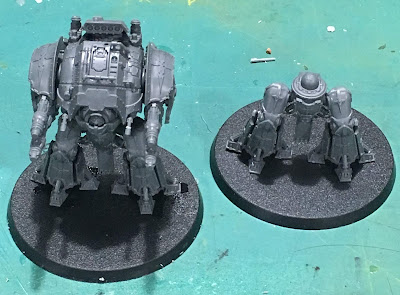 I didn't take a lot of pictures of the assembly, but here's a pick of one knight finished and the second built up to the waist.  This model can easily be magnetized, but really, why? I have been just gluing the knights together stock.  They are inexpensive enough (relatively) to warrant buying another kit if I really want other options.  And they are small enough to store without needing to separate at the waist.

Also on the workbench, I started assembling some of the Vanguard Primaris Space Marines I found on eBay from the Shadowspear box.  These marines will be part of my growing Blades of Vengeance chapter, an all Primaris successor chapter to the Dark Angels.

I started with the characters, a captain, librarian and lieutenant. 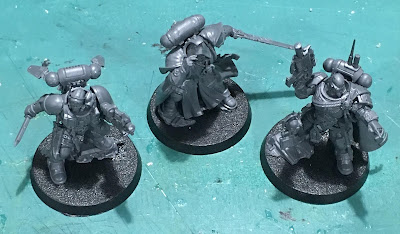 While these are mono-pose models, the detail is fantastic.  They will be very fun to paint up.  Next up I built the squad of Eliminators.  Space Marine snipers?  Sign me up. 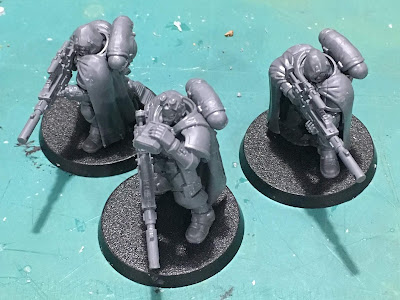 Keeping it simple for now.  I look forward to the new release with the anti-armor las-fusil weapons.  I will need a squad of those too. :)  These three will hunt key buffing characters. Last up, I built one of the Suppressors. 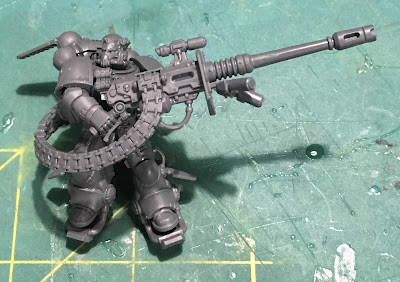 Ridiculous?  Absolutely.  Cool flying monster human with a giant auto-cannon?  Hell yeah! I'll take three.  And I have two more to build when next I sit down to the workbench.  For now, this is what I've found time to build in August. I'm torn on what gets painted next...probably will split time between Blades of Vengeance and Knights for AT.  Then I'll swap back to do another unit for the First Legion in 30K.  Plenty to keep me busy.

What's on your hobby table? 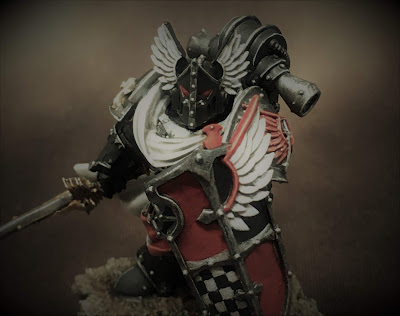