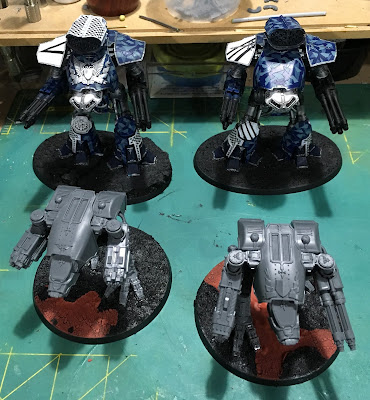 Legio Tempestus fought on many worlds, but with the loyalists originating on Mars, I will be painting the bases to match the Red Planet's blasted wastes.  For the two Warhound titans, I thought it might be fun to mix the usual Vallejo Black Lava texture I use with some GW Martian Ironearth technical paint. My vision is to use the Ironearth's cracked texture to represent dry river beds and other desert textures separate from the rocky ground created by the Black Lava.  So I set about laying down the Vallejo Black Lava so there would be places for the Ironearth to go and do its crackling thing. 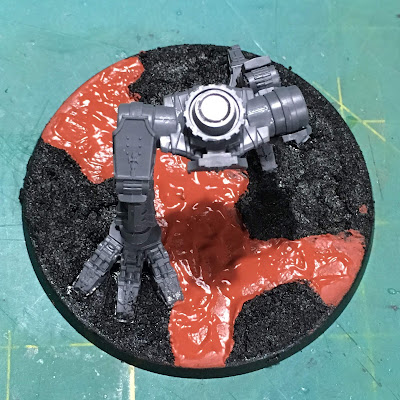 The first Warhound strides across an ancient river bed. 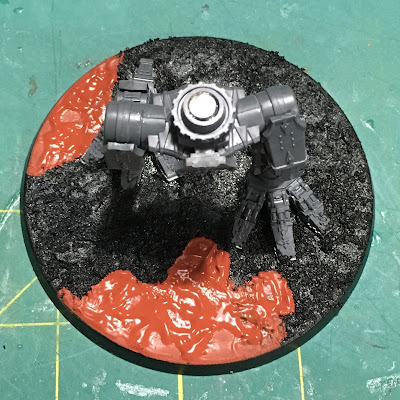 The second Warhound strides among the parched remains of ancient ponds or lakes. I haven't worked much with this stuff, but I've read that it works best if layered on pretty thickly.  So I used a GW "M Texture" tool to trowel on the stuff in thick glops, spreading it around a bit, but not letting it get too thin in any on place, save perhaps near the edges.

After maybe an hour I was rewarded with some crackling around the edges... 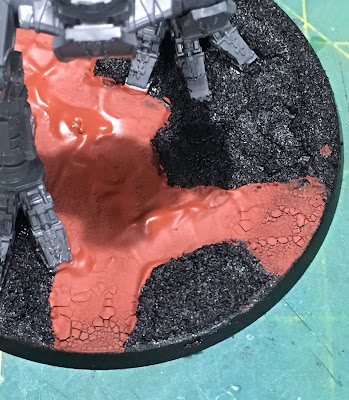 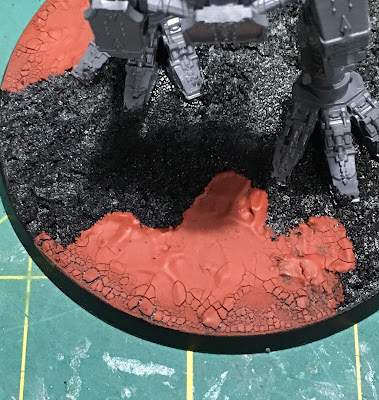 After a couple hours, more crackling appeared...so far so good!  It works! :) 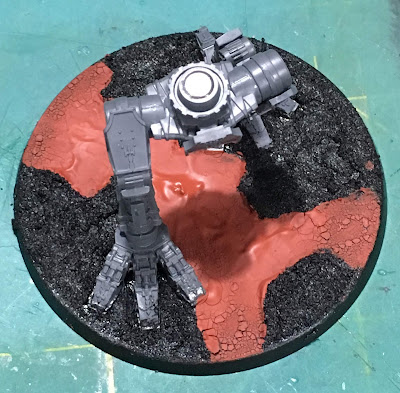 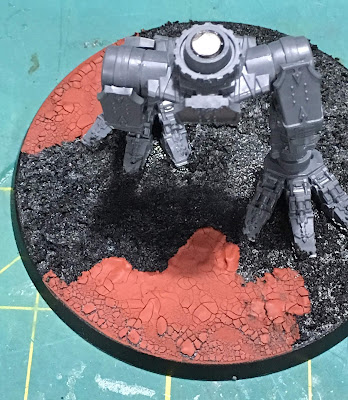 When I closed up for the night (maybe three or four hours later) the crackling continued to spread and the thick gloppy paint continued to dry.  When I woke up in the morning, this is what I saw... 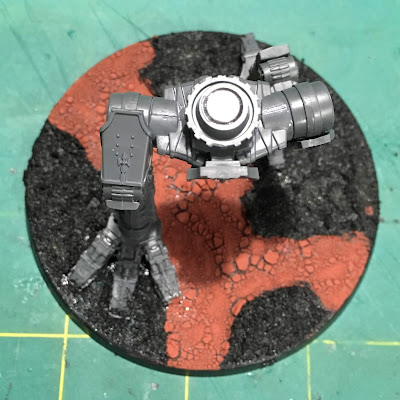 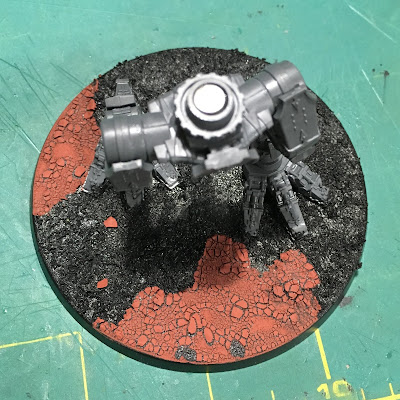 Now with more crackle!  In fact, it crackled so much, a couple bits flaked off.  But I still have them so they'll get glued back down and the whole base will get primed to seal everything down.  The I'll come back in carefully with the airbrush and some washes to color everything carefully so as to not lose the textures.

I'm thrilled with how everything turned out so far.  I was hoping the texture on the plastic bases would hold the paint, and in fact was a bit worried it might effect the crackling.  But not to worry there, as you can see.  I'll be more careful in the future to avoid the flaking.

Up next will be a look at my Imperial Knights for Adeptus Titanicus.  The colors of House Taranis are being laid down and the first banner is coming along quite well so far. And I haven't forgotten the Reavers either.  They will be making an appearance again soon.