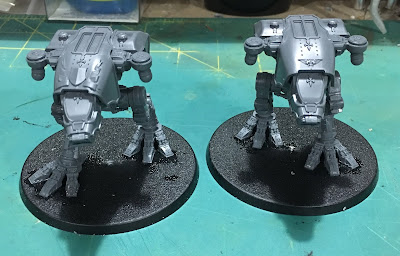 Happy Thanksgiving!  It's been busy at home but I still found time for some hobby.  On the workbench this month, I got two Warhounds built for Adeptus Titanicus.  These were fun to build and I very much enjoyed the kits.  I magnetized the waists more for painting convenience than anything else and because the models are cast with sockets ready to take magnets.  The arms are oddly not so accommodating  While I have seen tutorials on this, and it would not be difficult to do, I chose to build these two engines as they are without magnets.  The kit is not very expensive, and if I find myself wishing for other options in games, then I'll be happy to build two more for the Legio Tempestus!  As it is, I am not likely to play more than a game or two, if at all, anytime soon. 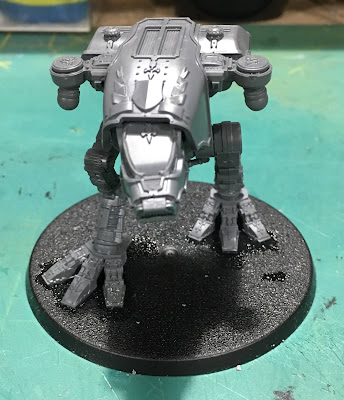 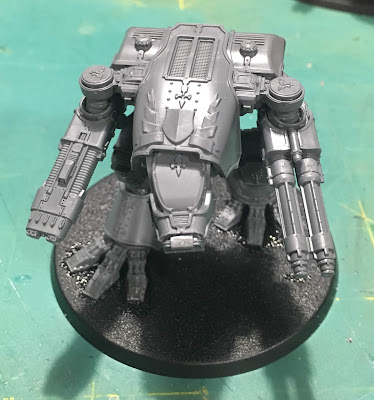 The first Warhound is built to harass larger engines, using its speed to out maneuver them and set up for some cheap shots to assist fellow Princepts. 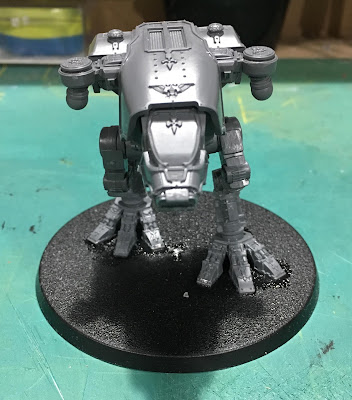 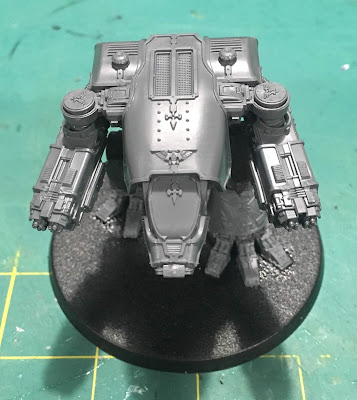 The second Warhound is armed to hunt Imperial Knights with loads of dice from its twin Vulcan Megabolters.  I just love the look!  Maybe all the dice will help collapse a void shield or two in the bargain? Or cripple an already exposed engine.

The models were a joy to build and I already want two more!  And who knows.  I picked up some battle foam trays for the Maniple and its Knight banners and there just happen to be two more open slots for Warhounds...not to mention extra space for a second Warlord and six more Imperial Knights than I had originally planned on.  I have my eyes set on the new Warlord kit and the new Cerastus Knight Lancers too!

As a spoiler, I also got some paint on the first banner of Imperial Knights from House Taranis. 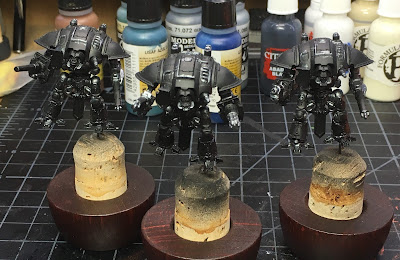 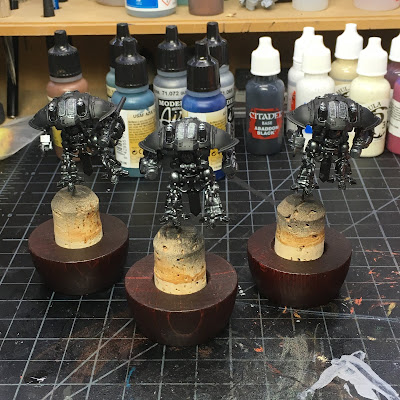