With a spot of extra time this week, I was able to build the remaining close combat arms for the dreadnought.  One includes a graviton gun, the second a plasma blaster.  I thought it would be fun to run twin graviton guns with the chainfist, but also wanted the themed plasma weapon for the First Legion. 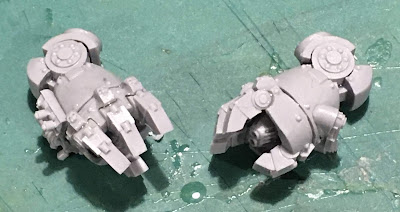 Here's what the arms look like attached to the dreadnoughts.  First the Relic Contemptor who is waiting in the wings to get painted. 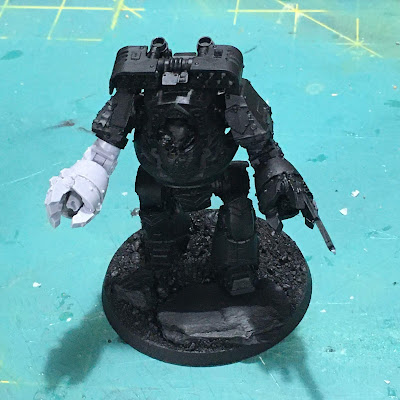 And then on the Legion Contemptor being painted as part of DreadTober 2019. 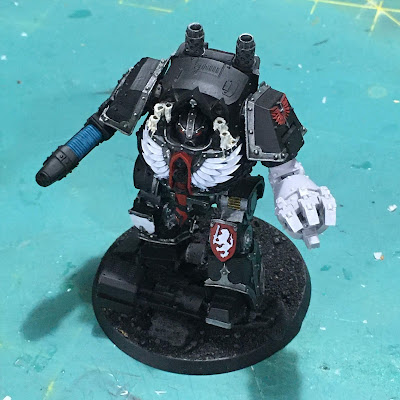 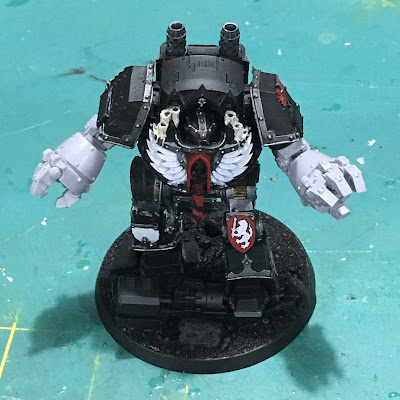 You just have to love magnets. :)  A little thinking about poses makes it trivial to swap arms among the dreadnoughts for the perfect load out every game.  I even uncovered a pair of Forge World contemptor pattern kheres autocannon arms in the 30k bits bin so that's going to be a thing as well.  Plenty of arms for these guys, no doubt.

Next up will be more painting progress, so please check back later int he week.